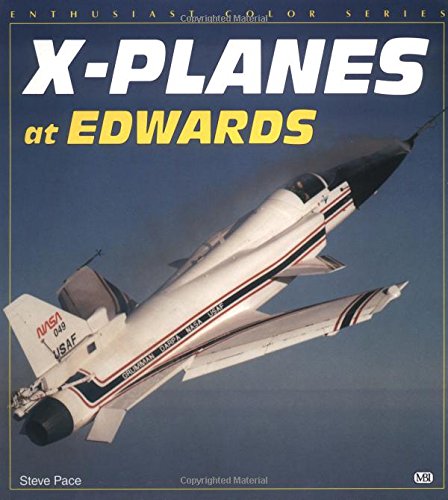 Admiral Steidle is a former Navy attack pilot and veteran of the Vietnam War. Joining us is Fred Schwartz, the chief government engineer for the program. Schwartz has just wrapped up his work as chief engineer on the top-secret B-2 Stealth bomber program. I'm struck by a remark he makes that the winning JSF aircraft could be America's last manned fighter plane.

We have a long discussion about my idea to make a behind-the-scenes film about the competition between Boeing and Lockheed Martin. If Steidle agrees to my proposal and the project goes forward, it will mark the first time in history filmmakers have ever been allowed inside a U. Steidle is enthusiastic about the idea but feels the big challenge will be getting Boeing and Lockheed Martin to sign on.

As our meeting wraps up, Steidle, to my surprise and relief, gives my proposal the green light and offers to smooth the way with the two companies. I meet with respective executives and engineers at Boeing and Lockheed Martin about my proposed film. The reception from both teams is warm but measured. With good reason they are concerned about corporate espionage and about protecting their proprietary secrets. The stakes are huge—the winner will take control of the U.

One top executive says to me, "You don't want to mess this up, or they're gonna find your bones in the desert one day.

In the end both teams okay the project and promise they'll work with me to create an "access agreement" that will allow me inside both teams and provide them with bulletproof secrecy and security. August What the various players assured me would take only a few weeks has turned into eight months, and still the access agreement is nowhere in sight. Moreover, I haven't heard from one of the teams in more than three months. This is not a good sign. July 27, On this day, as he prepares to leave office the long-awaited access agreement magically shows up on my desk, bearing signatures from both Boeing and Lockheed Martin.

The agreement is only a few pages long, but there are several key clauses I will have to follow to the letter:. Once back in Canada, where I live, I have to immediately place the videotapes into an approved "secure location. The vault is deep inside the bowels of a building not far from my office in Edmonton, Alberta.

After I'm cleared by security, it takes an electronic pass card, a pass code, and the combination of the vault to gain entrance. Inside the vault, Boeing and Lockheed Martin each has its own metal storage cabinet. It takes another key to get inside these to retrieve the footage. I am only one of three people who know the whereabouts of this facility, and the government sends a representative to inspect the place and make sure the security procedures are in order. Translation: Talk to anyone, and the project is over.

Translation: We trust you, but not that much. Crawford has been with the Department of Defense for more than a quarter century, and she'll spend the next few years looking over my shoulder and making sure I don't film anything I'm not supposed to. In the end, much of the success I have in making this film will be due in large part to Crawford's enthusiasm and help in ensuring that I have the access I need to tell the story.

July 29, - Palmdale, California. Today is the first day of principal photography inside Lockheed Martin's mythical Skunk Works. This is a place of legend, where engineers have turned out some of the most exotic aircraft ever conceived. The moment my crew and I walk in, I hear "What is a camera doing here? Getting comfortable with this may take awhile. Less than a mile away is the Boeing Phantom Works. This is where Boeing will assemble both prototypes of its X-plane. Inside the hangar, a blue curtain divides the massive space in half.

Speakers affixed above the curtain blast out country music.

The look from my escort says it all: "Never mind. March - Seattle. Boeing has finished working on its massive wing skins for the X, as it's calling its X-Plane. The C-5 is the largest aircraft in the Air Force inventory—a most impressive airplane. With me are associate producer Neil Thomas and sound recordist Igal Petel.

As workers load the skins onto the C-5, we prepare to hightail it to SeaTac airport to catch a flight to Los Angeles, where we'll hire a car and drive to Edwards to continue filming. But when the skins are loaded, the C-5's Air Force crew asks if we'd like to fly with them. I need to film the aircraft taking off, but I tell Neil and Igal that they should go ahead. Igal has his still camera with him, and during the flight the crew encourages him to take photos of the aircraft and crew.

Several hours later I'm sitting in the SeaTac airport waiting to board my flight when my cell phone rings. It's Nancy Tibeau from the Boeing public relations department. Now, taking photographs at a military base without the proper escort and pass is strictly taboo—even if your pilot says go for it—and it's a quick way to meet the military police. Igal had just framed up a well-composed shot of the C-5 when he heard several sets of Air Force-issue boots running up behind him followed by shouts of "Halt!

When I arrive, I see that my two "tourists" are traumatized, and Igal, for one, pledges to stick solely to sound recording from now on. This is the most violent environment I can imagine shooting in. I'm blown over by an A-6 Intruder attack aircraft as it takes off, and Igal and I get the unprotected parts of our faces singed by the engines of an F fighter.

After several days we depart the ship intact. Despite the harsh environment and difficult shooting, it remains, quite simply, one of the coolest things I've ever done. May - Somewhere in the American Southwest. The two of us spend the next two hours winding our way through the desert. At the end of a long dirt road, we come to an empty guard post. Denny stops at the gate and shuts off the engine.

Instantly I hear a voice through the static of a nearby intercom demanding identification. We comply, and the gate rolls open, allowing us to enter. Here we are where? I think to myself. Serial 's , , With reclassification, it became the XF in Main production version was the FD, some examples of which were built.

Several Scorpions survive in various museums around the country. Photo in excellent condition. The lifting bodies were used to demonstrate the ability of pilots to maneuver and safely land wingless vehicles designed to fly back to Earth from space and be landed like an airplane at a predetermined site. Photo date was April 18, Occasionally was used as a chase plane at Edwards AFB. Pilot killed. A secondary mission was to investigate the use of new materials such as titanium and to explore new construction techniques.

Unlike the X-1, X-2 and X, which were released in mid-air from a "mother plane," the X-3 operated in a more conventional manner by taking off from the ground.

Of the 52 total flights for the X-3, Chuck Yeager was only 1 of 4 pilots ever to fly the X Shown here on the dry lake bed at Edwards AFB. The F incorporated many innovations and radical design features, and was based on the F Super Sabre.

The competition was eventually won by the F Thunderchief, and the F prototypes ended their lives as test aircraft. Leased to NACA as Fiber based paper. Not sure of 's fate. First of two YF's ordered. Serial number is from Official Navy photograph with detailed description on reverse, dated 11 September Photo HGC. Excellent 8 x 10 photo in near mint condition.

It was dropped from under the wing of a specially modified B "Mothership. Once the X fell clear of the B, pilot Scott Crossfield ignited the rocket engine and flew to a relatively pokey Mach. This is either or I believe this to be YFA It came from a set of photo of This is the first serial number of only two XB's. On a nice fiber based paper with corner damage due to push-pins.

Some staining in lower right corner, but overall good condition. The Pogo had delta wings and three-bladed contra-rotating propellers powered by a 5, hp Allison YTA turboprop engine. It was intended to be a high-performance fighter aircraft capable of operating from small warships. Landing the XFY-1 was difficult as the pilot had to look over his shoulder while carefully working the throttle to land. This 8x10 photo is a fiber based paper of 50's vintage.

In good condition with some corner damage from push-pins and a few handling creases. Army purple detailed press-type description on reverse. Photo is in excellent condition on a fiber based paper.

The XV-3 is a titling-rotor design convertiplane. It features combination rotor-propellers mounted near the tips of a stubby fixed wing which operate as helicopter rotors for take-offs and landings and tilt forward to perform as conventional propellers for cruising and high-speed flight. Cut up for scrap July Photo is in good condition with corner damage due to push-pins..